The fields around Angkor Wat, Cambodia 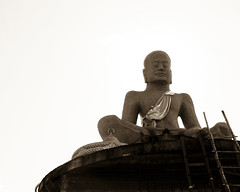 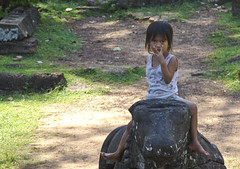 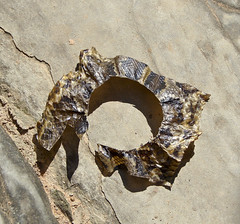 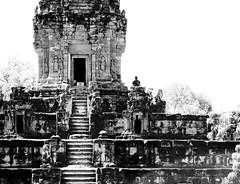 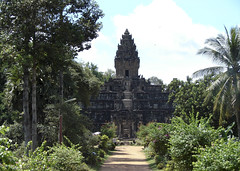 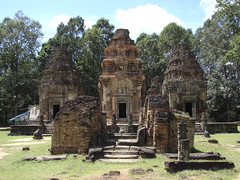 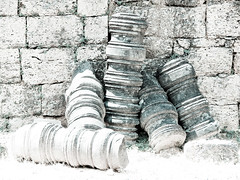 I've fallen and I can't get up 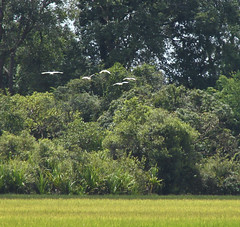 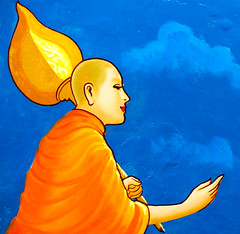 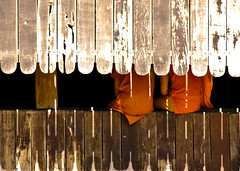 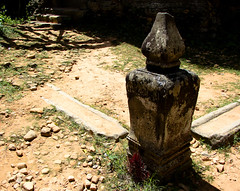 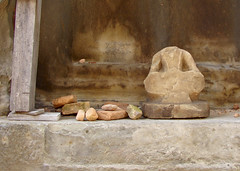 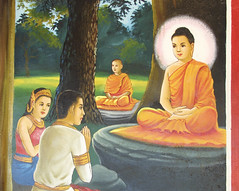 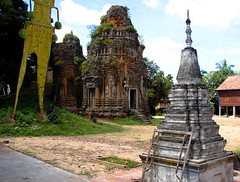 Rented a bike again today and peddled my way towards to the Roluos Group, a series of temple ruins to the east of Siem Reap. At just under 15 kilometres, in the bleedin' heat and fiery sun, this was more than trivial.

The ruins at the site, with just under a dozen temples or so, were built before Angkor Wat and Angkor Thom, having been created from the late 9th century onwards.
There's not too much left, except for the ruins of Bakong, which is supposed to be a terrestrial version of the celestial Mt Meru, the tallest peak on which Vishnu had made his home.
The other two ruins I visited were Preah Ko, with six brick towers the first to go up, and Lolei, flanked by a more modern Wat where practically all the paintings of monks and buddhas look intrigueingly feminine.

This Roluos group of ruins is not popular with tourists. I'd estimate that not even for every 1000 tourists that visit Angkor Wat, one visits a ruin in the Roluos group.

Getting off the main road to go to Lolei, I stopped and took my bearings. A motorbike passed behind me and I heard a loud sound, a mix of a belch and a bark. I looked around and saw the bike speed away, with a huge pig strapped to the back of the bike. Sideways, on it's back, making disgruntled noises as it was whisked away.

Related:  Show me the money
This text is available under a cc-nc-a license.