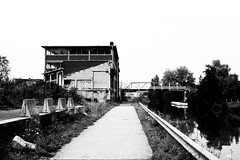 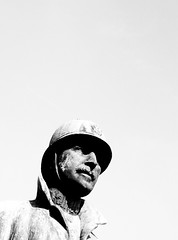 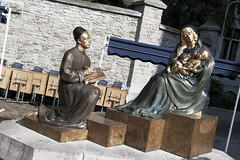 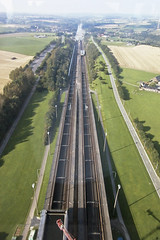 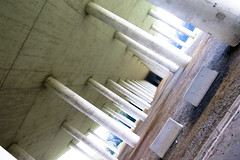 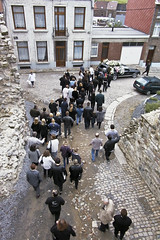 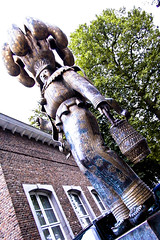 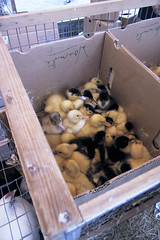 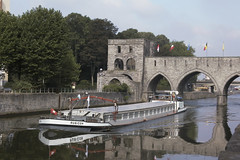 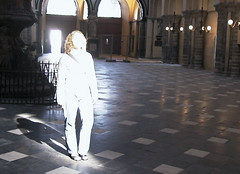 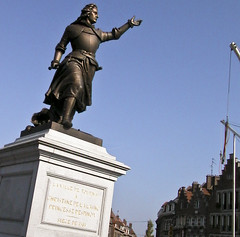 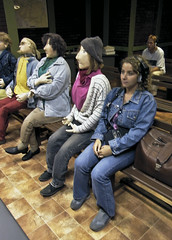 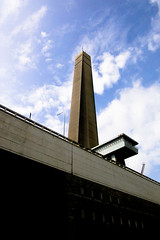 Like many cities in Belgium, Mons has a French and a Dutch name with identical meaning. This town, however, generally goes by its French name, ‘mons’ meaning ‘mountains’. And indeed, there are some mountains lying around, although even Belgians would prefer calling them hills.
The city is built on and around one hill and has a nice ‘old’ feel to it. All activities center around the ‘Grand Place’, the city square, and on the Friday night we were there, it was packed with youngsters, coming in from all over the area to dine on the cheap tapas and extensive choice of Belgian beers.
The city is located at the Western end of the Belgian Ardennes: slowly rolling green hills with small towns and castles everywhere. The area also has something of a carnival legacy, which we also were to find out later on.
We stayed in the city’s hostel, which was good, although not that cheap, and served great breakfast. I’ve had many a breakfast in regular hotels that weren’t as good: Eggs, toast, a selection of cheezes and meats and more. Our biggest problem being one Italian asshole who took the last three boiled eggs from the eggs basket, while he saw us waiting behind him (and probably heard us talking about the eggs). Of course, more eggs were boiled for us when we asked for them, but the Italian bastardo only ate one of the eggs he picked up, leaving the other two on his plate.

When working at Procter and Gamble some years ago, I was working under a Belgian guy who was a ‘Gilles’ (born and raised in Binche).
Binche is not really a ‘happening’ town so I wasn’t really jelous of his nickname. Not a happening town, that is, for most of the year. During one weekend, before Shrove Tuesday (whenever that is), the city undergoes a metamorphosis: Thousands of Gilles appear in clogs and embroidered costumes from dawn onwards. In the morning they wear ‘green-eyed’ masks, dancing in the Grand Place carrying bunches of sticks to ward off bad spirits. In the afternoon they don a mammoth piece of headgear made of ostrich feathers and throw oranges to the crowd as they pass through the town in procession. Yes, oranges.
Unfortunately, we weren’t in Binche at the right time to see this event. And it was quite hard to imagine that a sleepy town like this seemingly could host such an interesting event.

In the area around the twin cities of Ecaussinnes, there are quite a couple of castles and forts to see. The cities themselves are far from interesting but if you have access to a car, driving around in the area is really worth it.
Also make sure you have a good map with you, or a GPS receiver: The winding roads are terrible to follow and road signs aren’t allways that reliable.

The town of Ronquieres is not very impressive. The only reason why hordes of tourists flock here daily is because of the quite impressive waterworks just outside the town. On an inclining plane, containers with water are dragged up and town to allow for boats to overcome a 75m height difference.
In the 150m tower overlooking the ‘escalators’ you not only get a great view of the area, you also get to see the containers moving up and down. A really very impressive sight.
Before being ‘allowed’ in the tower, you first need to move through a sort of wax museum highlighting the trials and tribulations of river boating. Probably great for kids, but the one hour it takes was far too long for my taste.