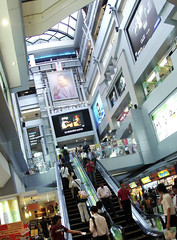 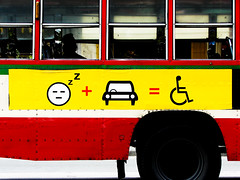 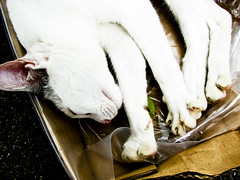 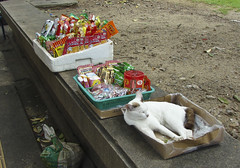 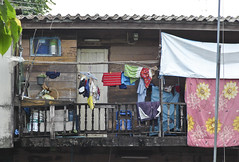 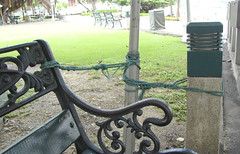 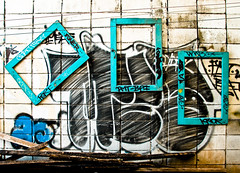 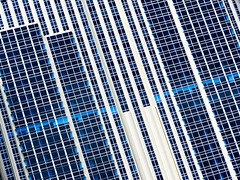 Not having anything specific to do on Saturday, I took a boat on the Mae Nam Chao Phraya, the river flowing through Bangkok, and walked down Kao San road, probably the most touristy area in Thailand, where you can get anything from fake diplomas, to the latest DVDs, to the latest copied books, to any food your heart might desire.
Taking a one-minute break, munching down a spring roll, Mr. Suwali Singh, a Sikh fortune teller (+66 87 8205526, if you're interested), complete with turban and tucked away white beard, asked me if I wanted to know my future. I said I wasn't interested, but Mr. Singh was very persistent, claiming he knew my girlfriend's name, my mother's name, and much more. One of the first things he said was that I was a very good man. I've been hearing that a lot recently, so when he then claimed that, at the moment, two girls loved me, but I only loved one, putting a smile on my face, I gave Mr. Singh a chance to redeem himself. This is his list of predictions and observations:

+ Two girls love me but I only love one girl.
+ I will receive very good, or lucky, news in August 2008.
+ I never thought about marriage but am thinking of marriage now.
+ I will marry in 2009.
+ My marriage will be forever, that is, won't end in divorce.
+ I will have three kids.
+ I will become very rich in 2011 and buy a big house and a big car.
+ I should pray twice a day, in the morning and in the evening.
+ I work in Australia (or perhaps my fortune will be in Australia).

He also did a trick which, in my eyes, invalidated most of what he had said. At the beginning, he claimed he would know the names of my mother and girlfriend.
Near the beginning of our session, he wrote something down, which I could not see, on a piece of paper, folded it up and gave it to me. Then, later, he asked me for my mother's and girlfriend's names, writing them down for me to see. He then went into a spiel of me having to pray and wrote 'God' on another piece of paper, which he also folded up and gave to me, in the same hand where I was holding the first piece of paper, followed by him mixing the two up a bit.
A bit later, still, I had to unfold the two pieces of paper. The one still said 'God', the other had the two names on it.

Obviously, this can only have been a trick. For if it wasn't, he should have given me at least one of the two names before I gave them to him, which would have completely convinced me of his powers.

When it became time to pay, he implied he expected, literally, hundreds of dollars in payment, making me wonder what service he actually thought he delivered, besides supposedly telling me what was going to happen anyway. He followed it up with a talk on how, in the Punjab, where he was from, he supported orphaned kids and swamis and sadhus, holy Hindu men.
I thanked the man, saying I would come and pay him a fare share in 2011.

The biggest drawing in the world

That's about the size of the world, aided by a GPS device and DHL. The artist: August Zachrisson. Bravo!

Meanwhile, I've been looking around for playing online board games. I've been playing Scrabulous a bit on Facebook, which is nice, but I'm also looking for alternatives.
One thing which has caught my eye is online backgammon, a very simple game to learn, but requiring quite a bit of strategy and insight to master.

It's hard to find non-commercial backgammon websites, the commercial ones, such as Backgammon online, Backgammon and Online backgammon being easy to find. Particularly the fact that you need to download software to play and the way these backgammon servers are presented for me let alarm bells go off which shout "SPYWARE" and feel a bit like the free packets of heroin or coke handed out by dealers near children's playgrounds.

Alternatives are The first internet backgammon server, online and non-commercial since 1992, and Java- and ActiveX-based games, meaning you can stay inside your browser, form Yahoo! games and MSN respectively.

I don't own an iPod, let alone two, but the excellent application Misu let's you share your music library from iPod to iPod.