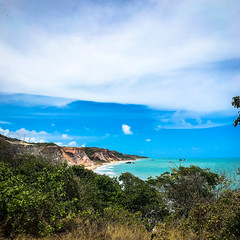 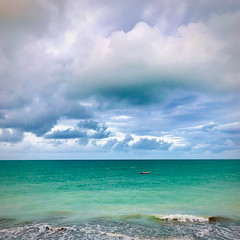 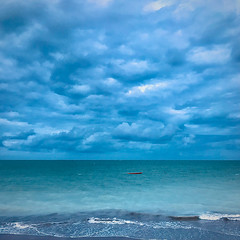 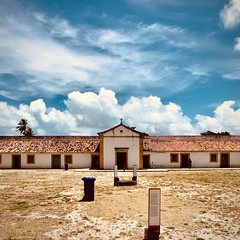 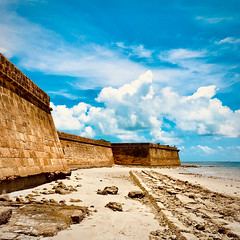 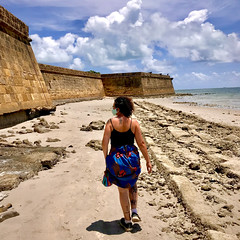 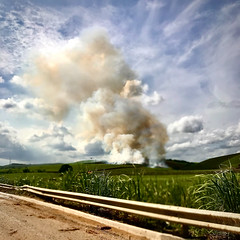 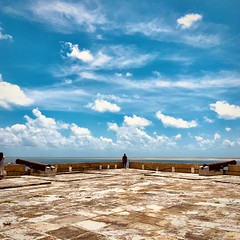 Memories of Holland; Forte Orange on the island of Itamaracá in Brazil 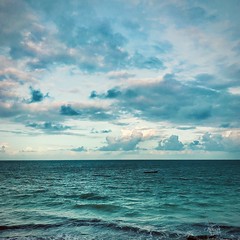 The view from our room in Itamaracá 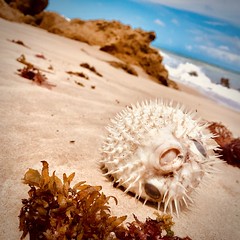 After taking it easy for a few days in João Pessoa, we rented a car to drive south. Specifically, to visit a controversial new art installation in the south of Pernambuco.

On the way to our first stop, the island of Itamaracá, in Pernambuco, we stopped at Tambaba beach, famous as it’s one of the very few nude beaches in Brazil. Interesting, as although Brazilians like to show off on the beach, wearing as little cloth as possible, they also balk at not wearing any at all. So, although the regular, rather small, beach at Tambaba was terribly crowded, the part of the beach that was nudist, accessible by a stairs and a screen, hiding nudists from view, was pleasantly quiet, almost deserted.

There is, interestingly, a nudist guest house on this stretch of sand and, while we were enjoying the sun and the sights, as well as freshly fried fresh fish, a group of, what could only be classified as swingers, arrived with supplies and excellent moods.

Afterwards, we drove on, to the island of Itamaracá (“The stone that sings”). Also once occupied by the Dutch, a fort, Fort Orange, still stands to remind visitors of the past. But, most tourists come to the island as day-trippers, enjoying the weather, the beach, the food, the laid back life, as very little of historical value remains, while the beaches are lovely.
An older church next to our guest house had a clock on its facade, painted, always stuck at 9 o’clock.

For Orange once was used as a jail, where the Dutch imprisoned Portuguese who didn’t want to convert to protestantism. Which is a bit odd, as the Dutch occupation of northern Brazil was known for its religious tolerance, exemplified by the extensive influx of jews, from Amsterdam, who settled mostly in Recife, and established the oldest synagogue in the Americas.

Related:  And, suddenly, everything is happening at the same time
This text is available under a cc-nc-a license.