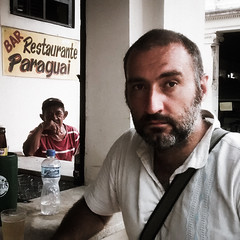 Posing with the locals 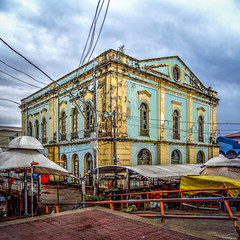 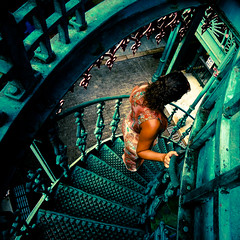 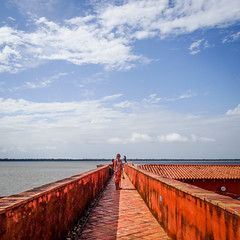 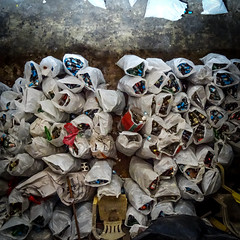 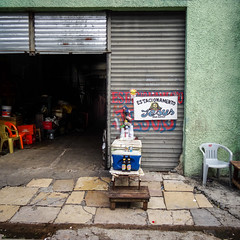 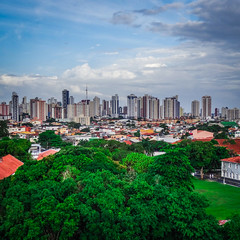 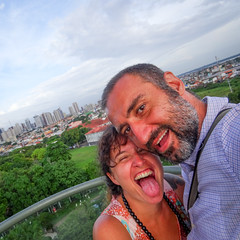 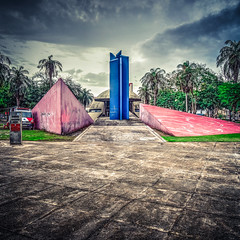 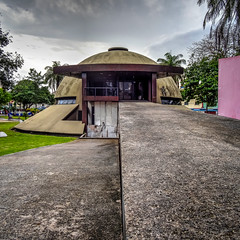 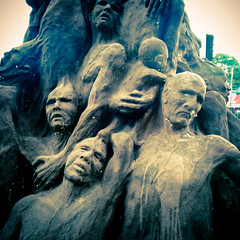 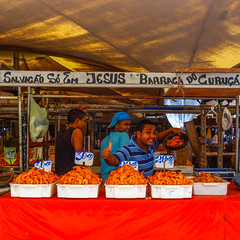 Shrimps for sale, and happy about it 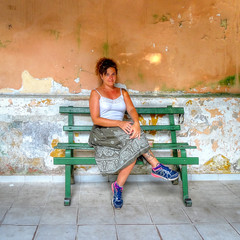 Your mouth will go numb when eating food from Pará, the Brazilian state of which Belém is the capital. Not because it's hot and spicey, but because many dishes use the green leaf jambu. Similar to kale, jambu actually numbs your mouth.
More recently, jambu has been added to a host of foods, from chocolate via ice cream to Cachaça, Brazil's national spirit, and the basis for caipirinha.

On paper, Belém is smaller than Manaus, but in reality, the city is a much bigger hub, as well as much more prosperous. Manaus has few tall buildings, Belém feels like a sprawling suburb of São Paulo.
However, Belem has an old town that, if and when renovated, could rival that of Cartagena in Colombia. Belém, like Manaus, benefited immensely from the rubber boom of the second half of the 19th century, but, due to its location at the mouth of the Amazon, suffered less, though it still suffered, when the rubber prices plummeted.

The day before our return to the south, the city celebrated 400 years since its inception, having been founded when the Dutch were still controlling the coast. As a result, lots of, not so well advertised, events were happening in town, including the cutting and distribution of a huge birthday cake. Apparently, the locals literally attacked it with buckets to get more than their share. When we arrived, only the remnants of a battlefield were left.

Related:  Hot springs, a country estate, kingdom halls and YUCCs
This text is available under a cc-nc-a license.