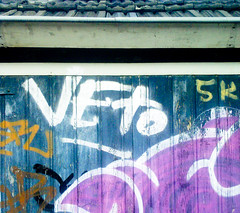 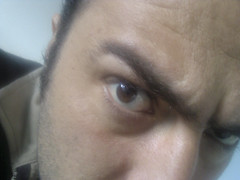 The past few years, I’ve been in cellphone hell. After my decent PDA got stolen in South Africa, I haven’t had a decent cellphone.
Last year, when Ismail and I won the Highway Africa new media award, I was happy for a few seconds, unpacking our prize, a Blackberry phone, until I realized the thing was nothing but a fancy looking piece of crap.

Later I got a basic Sagem cellphone which did the job but was starting to feel tired after only a few months of use. But still, I needed the two phones because, in Thailand (as in South Africa), I have to deal with both a local and a Dutch number.

Although I’ve been eying one of those GPS enabled cellphones for a while, you know, so that I can shoot automatically geotagged photos, which I can then immediately upload and display on, say, a Flickr or Google map, my dual-cellphone struggle (and the price of the Nokia N95 8GB) won out in the end.
Last Monday, I got myself a Samsung D-880, special because it carries two sim cards. That’s two cellphone numbers, for the less initiated. Very handy. Really.

One of the blogs I keep track of is Afrigadget, ghetto hardware hacking, if you will. In Africa. All very nice and interesting. And today, they carried a story on a hacked dual sim cards which, supposedly, allow regular phones to use two different carriers. It sounds awfully cool, but I’m extremely skeptic.

Related:  Celebrating independence
This text is available under a cc-nc-a license.