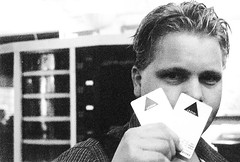 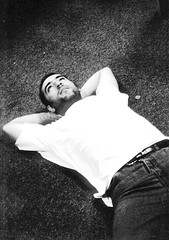 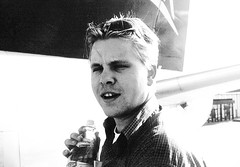 Around Easter this year, together with a group of friends of mine, I had visited Ireland by taking a cheap flight with Ryanair from Charlerois airport in Belgium.
When it turned out that, when traveling back, no more seats were available on the flight we had booked seats on, we were offered a later flight and a free ticket to a later flight to Dublin from Charlerois. Since the tickets were only valid until October 21st, time was running out when, early October, we still had those tickets in our pockets.

So do you, in fact, have a choice when you've got a free plain ticket to cash in? Of course not. Though part of the group we went with in April felt different. Out of the 5 people that went with Easter, only myself and Joost went now. Still, I didn't really care. we were going to have a good time.

Related:  What’s the competition at the World Summit Award
This text is available under a cc-nc-a license.