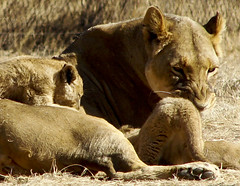 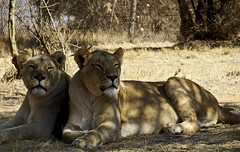 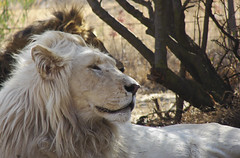 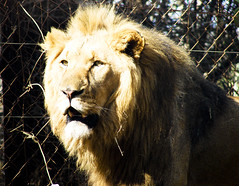 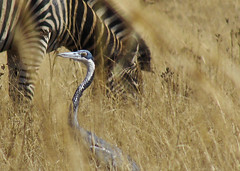 The bird's looking at YOU, kid 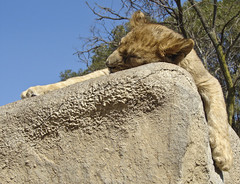 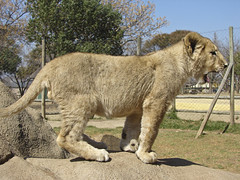 Ready to take a nap 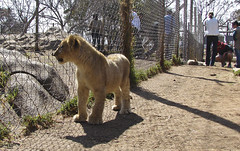 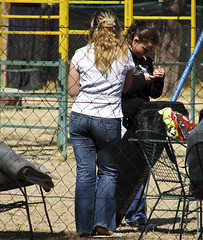 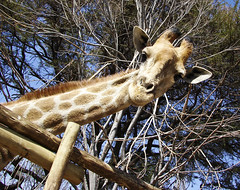 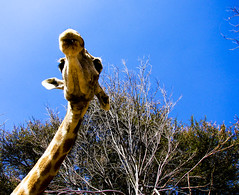 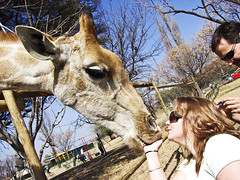 Come on, give us a kiss 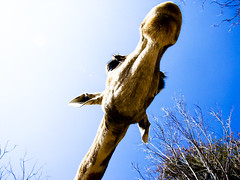 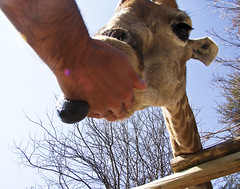 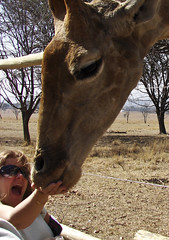 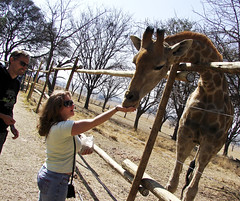 The hand that feeds the giraffe 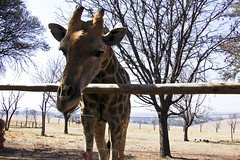 Yo homies, how 'bout some chow? 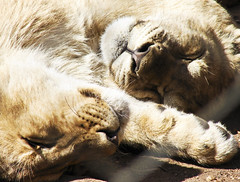 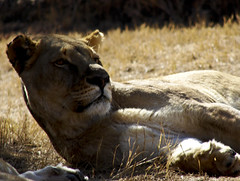 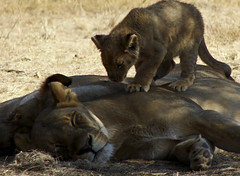 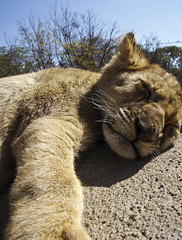 For the initiated, Data is the nickname of a friend of mine. Don't get your hopes up, no, we haven't finally gotten a friend to visit us, he's here on business. However, he is on business in Johannesburg, so we've been seeing him quite a bit lately.

August 9 is National Women's day, which commemorates 9 August 1956 when women participating in a national march petitioned against pass laws (legislation that required African persons to carry a document on them to "prove" that they were allowed to enter a "white area"). Those passes were generally known as 'dompas' and quite similar to a, say Soviet, internal passport. Dompas is an Afrikaans word and literally means 'stupid pass', because, supposedly them blacks were mighty stupid.
Well let me tell you.

Anyway, as Betsy's working for a Dutch call center, she doesn't get the day off on South African public holidays. Still, she took one and we went to the Lion Park.
Yes, we've been there a few times, but it's hard to get enough of the cute little lions and hand feeding the giraffes and ostriches.

Related:  Back in the R.S.A.
This text is available under a cc-nc-a license.