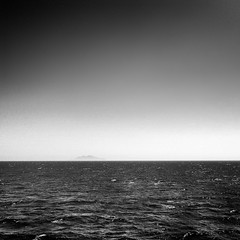 The ferry from Civitavecchia, calling itself the ‘port of Rome’, to Tunis, takes a bit over 20 hours, but the whole process costs about two days.
Thankfully, the shared cabins are cheap and have a shower and toilet, meaning there’s little point to have to hog a bench, or some corner of the boat, with brought in blankets or sleeping bag. Even if many still do, with some even taking up space in the hallways in front of the rooms, on camping beds, or stacks of blankets.

To my surprise, all staff were from South East Asia, the Philippines, perhaps.

My room mate was an older Bulgarian surgeon who had worked in Libya during the revolution, with his wife a physician. Telling stories of how he had to operate at the receiving end of a Kalashnikov, only to see his charges being murdered after first saving their lives.
He now, again, was going to work in Libya, as the only way to get into the country, is with a work permit, while his primary objective was to try and get his and his wife’s money out, the salaries they had been receiving while working there, prior. He estimated the money he had to leave behind to be some 150.000 Euro.
“Today is a bad day”, he said. I asked him why. ‘because I go back to Africa”.

Going for a stroll in the deck, I stumbled upon a gentleman preparing a sheesha in the space between the inside and outside decks. He had dragged along a few lounge chairs from the restaurant and was preparing his tobacco on top of a full size water pipe. I did not stay around to discover how he was going to light the coals.
Later, I found he was joined by a small group of smokers and a second sheesha.

Perhaps the most fascinating aspect of somewhat obscure border crossings like this is how little they have changed in decades past. It does seem less hectic, quieter, but there is still the lack of clarity, the general uneasiness, a fixed collection of typical characters that always exactly seem to be these ones crossing obscure borders, the grubbiness, the waiting.
But also, whole families returning home with more than they can carry, and the occasional marooned tourist.