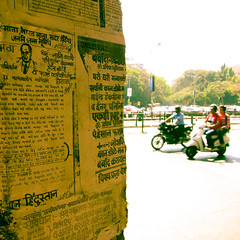 The writing is on the wall 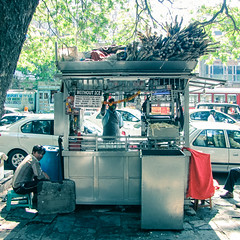 Time for some sugar cane juice 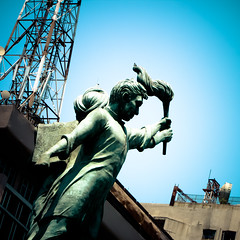 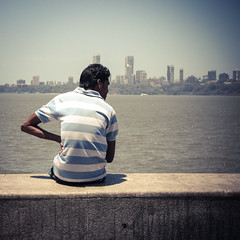 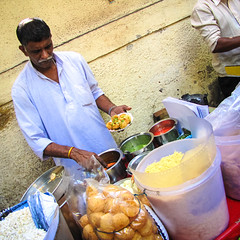 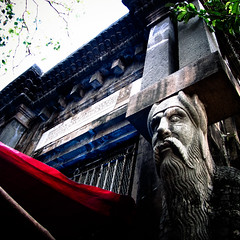 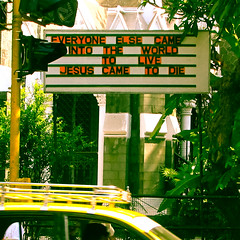 He came to die 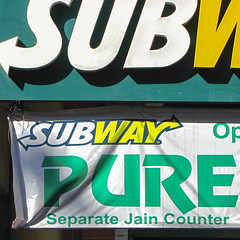 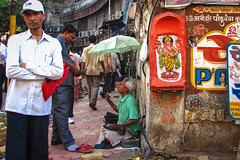 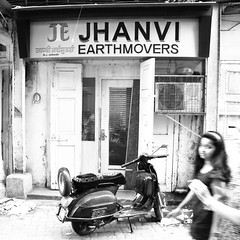 This one is for the girls 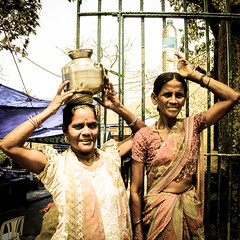 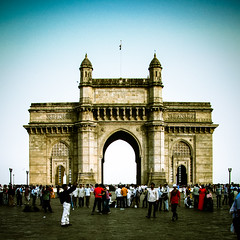 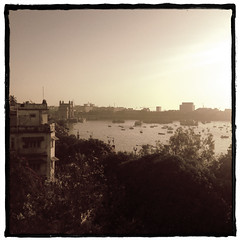 The view from the Sea Shore hotel 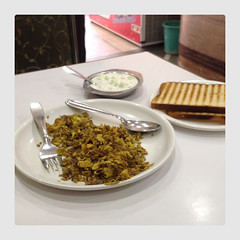 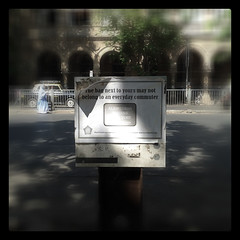 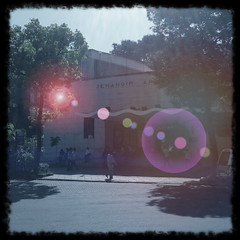 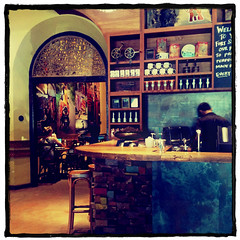 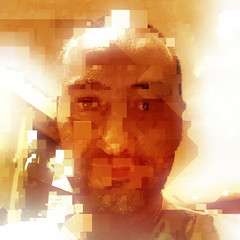 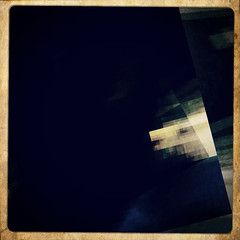 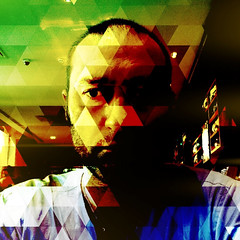 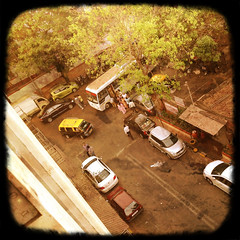 Looking down upon creation 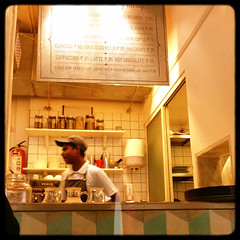 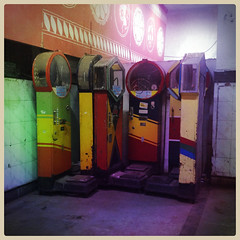 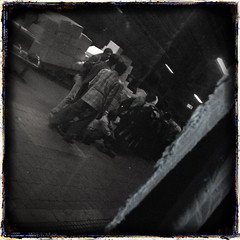 The taxi ride into town from Mumbai airport, just after sunrise on a Monday morning, a holiday, is surprisingly pleasant. Quiet, sweeped streets, a slow sunrise bathing the city in a golden light. Shar Rukh Khan and Amitabh Bachchan have something to say on every second billboard, or so it seems, and coming closer to Colaba, the southern edge of the city and the touristic heart of town, hordes of locals doing their morning exercises on the corniche, trotting, but not quite running, some with a dog in tow.
The corniche, locally called 'the queen's necklace', for how it shimmers at dusk, is lined with fading Art Deco architecture, most of which could have been pulled straight from downtown Dar es Salaam.

The government run taxi service, prepaid at the airport, is reliable, but the receptionist conveniently forgot to give me the exact change. I called him out on it. "What!? I didn't give you the right change!? Check it!" He relented way too easily.
But, Mumbai is very reasonably priced overall. Several times, I had to recalculate the prices, thinking that the conversion rate or my calculations had to be wrong.

I spent a day on Elephanta, an island just of the coast, harboring several impressive 1500 year old Hindu stone carvings. The island hosts a lot of monkeys, luckily not aggressive. One was tugging at my pants as it turned out I was standing on some of his lunch.
And I visited a Jain temple in the more affluent Malabar area. A dwindling religion, about as old as Buddhism, the temple resembled something of a wedding cake, though I wasn't allowed to enter.

I found the city surprisingly western. The once Portuguese and long time British influence of course helps, not in the least because of downtown's major architectural wonders all being British build, but also mumbaikar attitude is surprisingly western. Sure, you'll find women in sari, or even completely covered in black, but picking your area just right, you're even likelier to see younger socialites wearing string tops and way too tiny shorts.

The city has an extensive suburban train network. Interestingly, all the suburban trains I saw never closed their doors, the openings lined with commuters taking in the breeze while moving from station to station,

One of my plans was to do a dÄ—rive in every city on my journey.

Not so easy. Requiring Internet access to make this work, it turns out that getting a SIM card not only requires you to identify yourself, you also need proof of address. For tourists that means a letter from your hotel that states you are actually staying with them. And then it will take three days before your SIM card starts working.
And, apparently, it's not uncommon for a cafe providing wi-fi to make a copy of your photo ID before they let you go online.
Apparently, the Indian government is one of many to keep track of your browsing behavior.

Somewhat surprisingly, later, in Calcutta, it only took five minutes and a quick photo of my passport for me to get a SIM card and online.