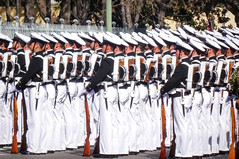 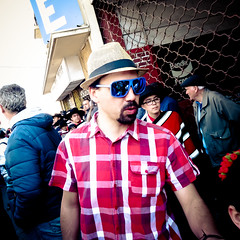 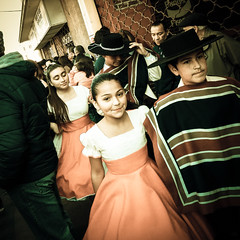 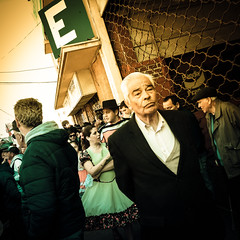 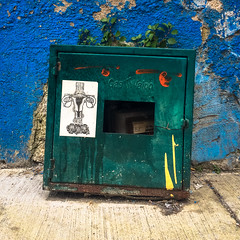 Uterus on the side of the road 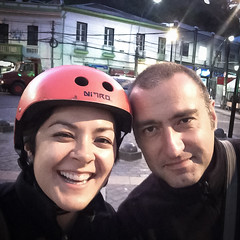 Chile's big holiday is the commemoration of independence, on September 18 1810.
Pinochet moved parliament from Santiago to Valparaiso, constructing the new building at the site of a childhood home, so the most prominent annual military parade is here, not in the capital.
To be honest, it's a fairly boring affair, livened up by men, women and kids dancing the national dance, the cueca, in between military acts.

The streets of Valpo become something of a free market, but with almost all the shops closed. Ar least one seller was peddling fake Lego kits, from three different manufacturers. Cheap and, seemingly, compatible with Lego.

Just days before, Chile was rocked by a heavy earthquake. There's no better country in the world to sit through a major earthquake. Five years ago, Chile went through one of the worst earthquakes ever recorded, with only one building collapsing, which turned out was built after the construction company had bribed the right people to avoid having to meet designated earthquake related regulations.
Still, now, 11 people died and a 4.7 meter wave hit the coast close to Santiago.

In Valparaiso, on the morning of the 18th, independence day, a 6.3 was recorded just off the coast. Which only barely registered on people's radar. Chileans don't even call earthquakes below 6 an earthquake. It's just a rumble.

After the military parade, the place to be was playa Ancha which, confusingly, is not a beach but a suburb. On large sports grounds, a huge fair saw the whole city revel in drink, food and entertainment. Included, several cross dresser shows.

Related:  Stunning Easter Island
This text is available under a cc-nc-a license.