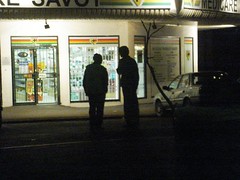 Waiting to get Chinese 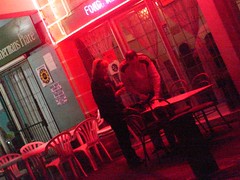 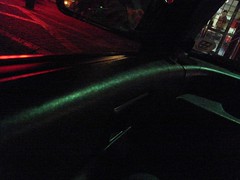 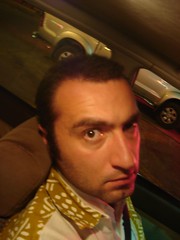 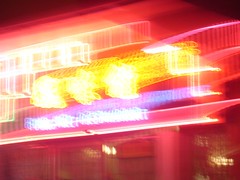 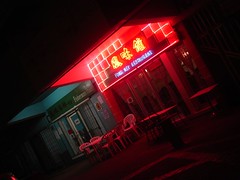 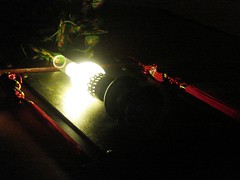 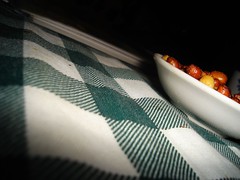 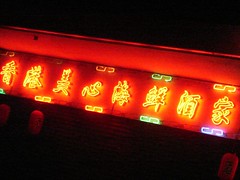 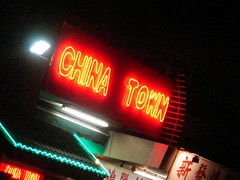 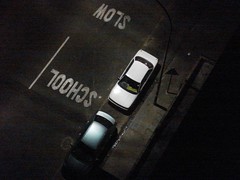 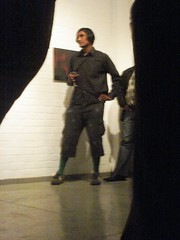 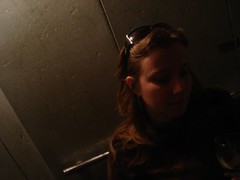 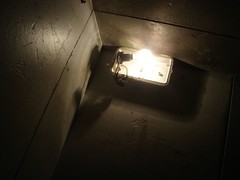 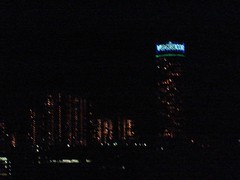 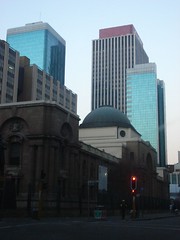 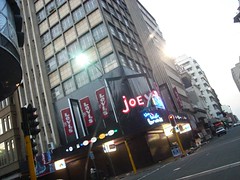 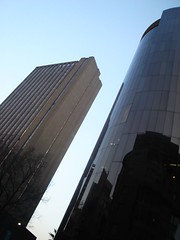 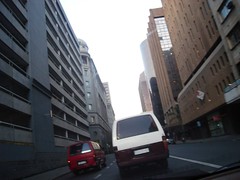 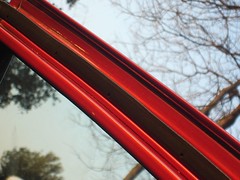 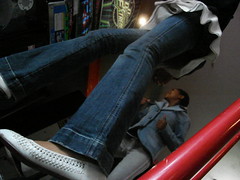 We visited another opening of an art exhibition. Interestingly, this one was also closing on the same day, only available for a one-evening showing. The artist, Ismail Farouk, is an urban geographer, which means he’s mapping social networks and community based organisations. He does this in poorer neighbourhoods.

The description of his work, in an article in the Mail & Guardian, intrigued me, so we went to the opening of the show, which consisted of two seperate exhibitions. The first was a series of fires of a Jo’burg house on fire, the second, called JHB626GP, a digital video made up op individual still images of a tour through Johannesburg.

I found the photos a bit of a disappointment. The video was nicely done, although it also felt a tad too ‘gimmicky’.

After the show, we had Chinese in Chinatown before going to Blues Room, where we got together with three colleagues of Betsy and one friend. The live band was decent, opened up with Toto’s “Africa”, but played UB40 reggae most of the time.
At around 1am, we left and had a few drinks at the house of one of Betsy’s colleagues. Only then did I notice what a colourful bunch we were:

+ A Dutch woman who’s a quarter black and lived in Suriname for 10 years.
+ A half Arab girl who came to Holland from the UAE when she was 15.
+ A South African who moved to the Netherlands when he was three.
+ A half Dutch, half Iranian guy who lived in Holland for some 20 years.
+ A Dutch guy with a German accent who had lived most of his life in South Africa.
+ An Indian lady with a Dutch last name of South African origin who had lived part of her life in Holland.

Related:  In transit
This text is available under a cc-nc-a license.