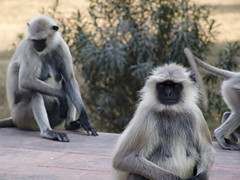 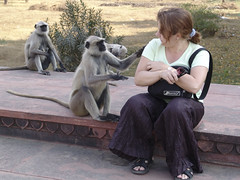 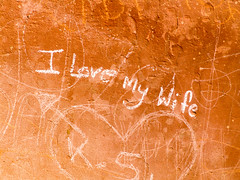 I love my wife 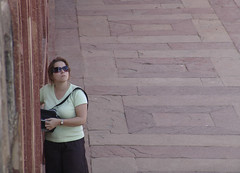 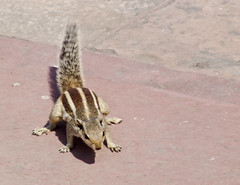 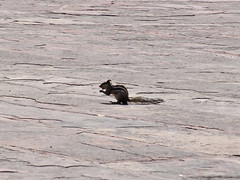 The entrance to the Sikandra complex

We took our time getting back to Delhi today. We first thought about leaving early but since we didn't have any real plans tor the day in Delhi and because it would also mean taking a rather basic train for five or six hours, we decided to take it easy during the day and visit Sikandra, the sight of AKbar's mausoleum. Akbar is the Mughal of Mughals, the one responsible for building Fatehpur Sikri.
There, we were practically bullied Into taking a guide. Normally, it's fairly easy If not annoying to get rid of aggressive "salesmen". However this time, I found it impossible. I'm sure that our guide being both nearly blind and deaf did not make it easier for me to convince him we didn't really need the man.

Apparently, Akbar created a park, with room for deer, monkeys, peacocks and,well, humans, with an entrance gate for each of the three main religions. I wandered if that meant that the deer we saw had been inbred for three hundred years.

We tried to get a ticket for the fast train, but that was sold out. During the ride, which lasted for almost six hours, we chatted away with two Brits who, after marrying and selling their house, had been travelling for seven months, now nearing the end of their journey.

Back in Delhi, it was surprising how easy it was to get rid of the touts. ''Taxi sir?", ''No", ''Ok". In Agra it would have taken five minutes to just get rid of such a person.
We went back to Vishal, happy to find they still had the same room available as before.

Related:  Jaipur not Jaipur
This text is available under a cc-nc-a license.