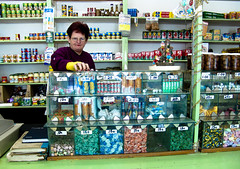 This is my world 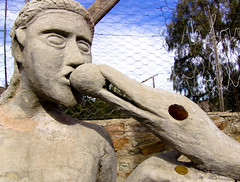 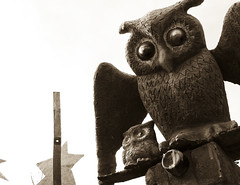 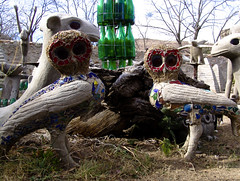 At the Owl house 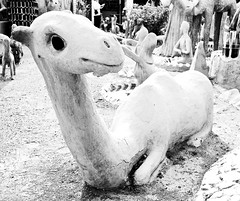 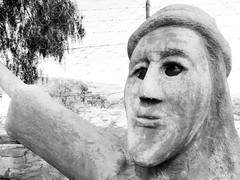 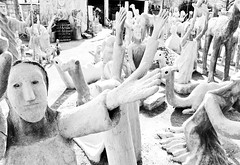 Hands up for Jesus! 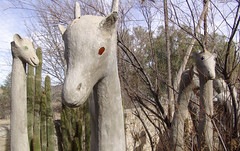 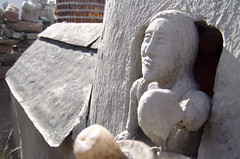 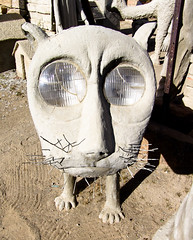 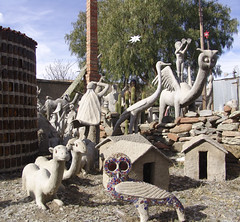 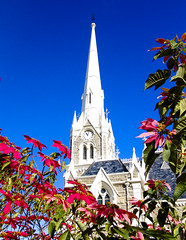 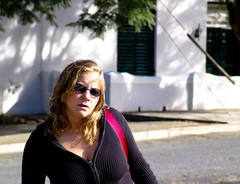 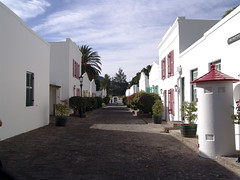 Graaff-Reinet is also called 'The jewel of the Karoo', and with some justification. The town is sweet but quiet. The lodge we stayed at was more of a huge house where the older couple who owned the place appeared to be offering budget accommodation at 'Le Jardin Backpackin', just to have people to chat to. When we arrived the previous night, we had to insist on going out for a meal and watching Holland losing the Euro2004 semi-final, not at their place, but in a pub.
But this morning, we couldn't escape their kindness over coffee and grits when we sat in the garden, enjoyed the weather and talked for hours before leaving.

After strolling through Graaff-Reinet, we drove up the N1 towards Lesotho but only got as far as Bloemfontein because we made a detour to visit Nieu-Bethesda to check out The Owl House where, in the first half of the previous century, Helen Martins created statue after statue in the 'Art Brut' style. The house is still littered with statues in a village that's, literally, in the middle of nowhere.
Afterwards, we visited the Village Inn, which doubled as a tourist office, coffee house and memento store. And we did some shopping in one of the two general stores where the lady behind the counter, after telling us her life story, gave us a good bag of candy, including some tasty niggerballs, for free, on the condition that we had to tell the world how friendly Nieu-Bethesdians are.