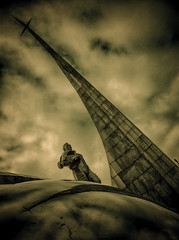 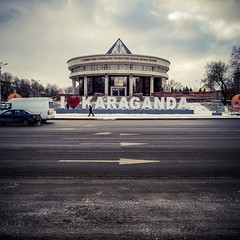 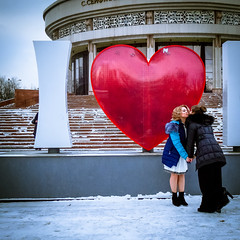 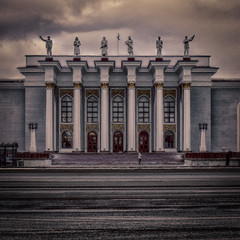 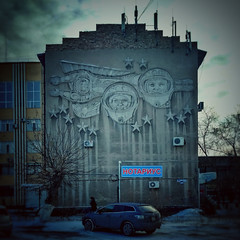 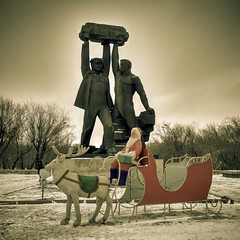 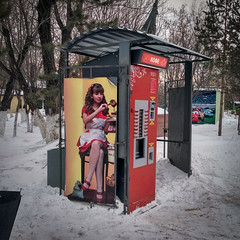 Who's making my coffee? 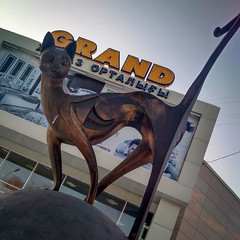 Briefly considered as a candidate for the new capital in the early 1990s, Karaganda is famous for coal, labor camps and grain. The city, as the mines, were built by forced labor, plenty of those Volga Germans, descendants of Germans who moved to south eastern European Russia under Catherine the Great, who were in turn displaced by Stalin in the 1940s, fearing they might side with the invading forces of Hitler.
In the 1990s, many moved to Germany, diminishing the city’s population by as much as 15%, but, now, the city has rebounded well. In fact, though there is still a hint of a typical Soviet drabness, the wide avenues and well kept buildings, if not inspiring, are almost pleasant.

My hotel still channels a Bavarian roadside guesthouse, but one that’s run by three somewhat grumpy Slavic middle aged and overweight women in identical blue costumes with identical blue aprons. It would be the perfect stage for a reliably bad sitcom.
They have a breakfast room but serve no breakfast. No smoking signs are everywhere, but the corridors reek of stale cigarette smoke. My room doesn’t, but has scores of burn marks on the wooden floor.

Nearby, on a scale that only makes sense in the vast steppes of Central Asia, are the mausoleums of Jochi, the oldest son of Chinggis Khan, and Alasha-khan, considered the founding father of the Kazakh people.

Related:  For the food

As I was warned before heading north, the wind is fierce and biting. And what’s with the many shops using loudspeakers on the street to advertise their sales? The whole city is filled with wholesale markets.