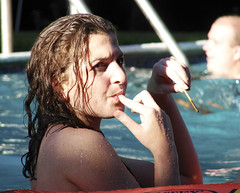 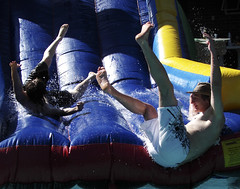 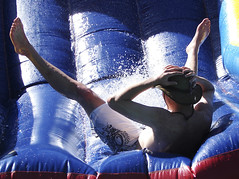 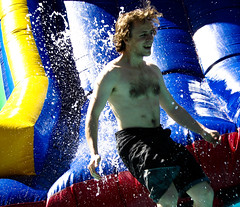 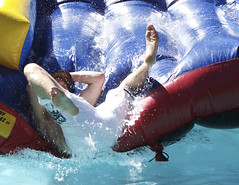 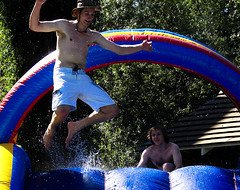 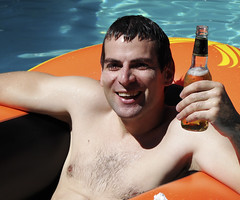 One beer, one smile 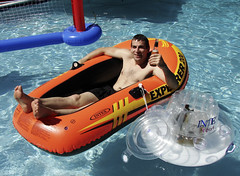 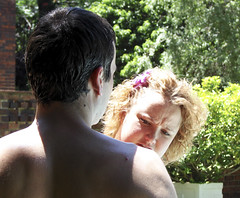 A different way of supporting your favorite charity is by installing a small application from A good cause. After installation, when you shop at selected shops, part of the proceeds of your purchase will go to the charity of your choice.
Their blurb, however, is questionable, claiming that 75% of the purchase price will go to your charity. That's a crapload of money. An unlikely crapload. A quick look at their list of participating shops, however, shows that for some services the percentage which goes to your charity actually does seem to be 75%. Impressive.
The Apple store also participates, but there, your favorite charity will only get 0.75%.

I suppose it's a good way to support your cause, specifically, because the seller is actually paying, not you.

Nor surprisingly, the majority of charities are relatively high profile. Obviously, this is both good and bad.

They don't have a Mac client, yet, however.

Yes. After nearly 8 years, Travelhog.net is as dead as the dodo. The collection of travelogues has been pruned and the remaining travelogues were moved to the social bookmarking website oneview, where there's a TravelHog network. Join oneview and then the TravelHog network and submit your own travelogues.

Related:  Pie on the fourth of July
This text is available under a cc-nc-a license.