The view from the Sheraton

Play misty for me

After the rain has gone 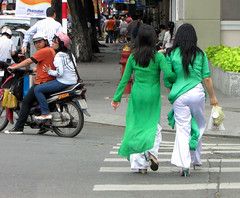 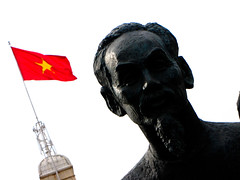 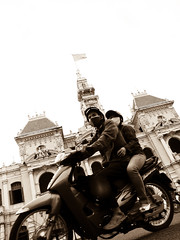 In front of the Hotel de Ville 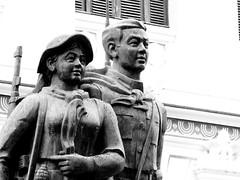 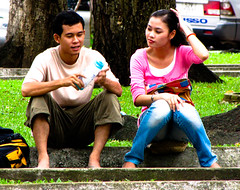 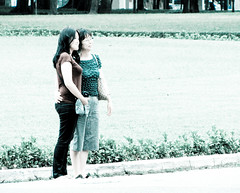 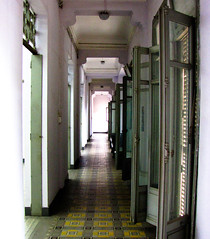 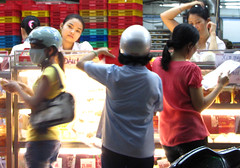 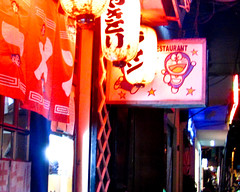 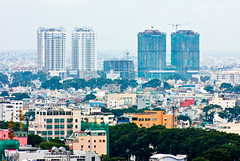 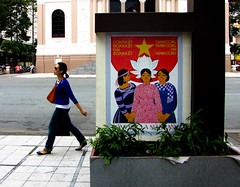 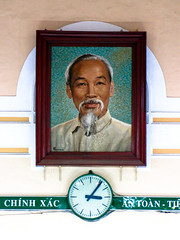 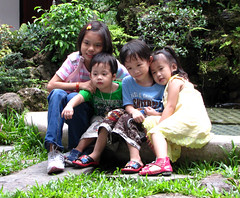 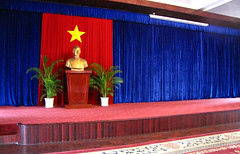 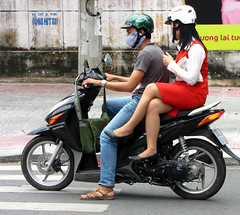 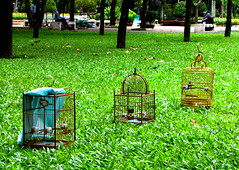 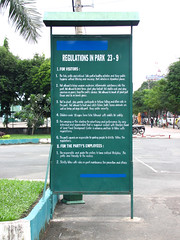 Saigon is nice enough, though it’s also too generic, doesn’t have a specific individuality. It’s just another busy, rundown, city, with lots of construction going on, while everyone seems to want your business, walking wallets that tourists are. Also, though it’s quite energetic, it’s not very photogenic.
In the fine arts museum, I found several pieces that were identical to works in the fine arts museum in Hanoi.

Later, at the reunification palace, I had a gooey sickly sweet drink called “Bird’s Nest Drink”. Then, at the end of the day, having a drink at the rooftop bar of the Sheraton, overlooking half the city, I sipped a two-for-one cocktail. The only mildly reasonable option as beers were ten times as expensive as in most places. Now, two cocktails only cost me 9 USD. Interestingly, at proper exchange booths, the exchange rate for the dollar seems to be the same for selling and buying.
The previous night, having drinks with the two Dutchies, several ladies were trying to sell us cigars and cigarettes. Packs of ten Cafe Creme cigarettes were going for 100.000 dong, just under four euro. Not too unreasonable when compared to Thailand, but not great at all when compared to Holland. However, some haggling lowered the price to 50.000 dong, under two euros.Not only a surprise, but a very reasonable price too.

The War Remnants Museum, overly patriotic, but very painful with its documentation of war atrocities, was surprisingly busy.
Spending the day walking, many of the taxis and busses were asserting themselves around me. Many have an annoying horn that peters out instead of stopping abruptly, a bit like a train driving past and blowing its horn.

Related:  The food critic
This text is available under a cc-nc-a license.