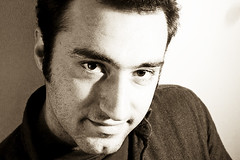 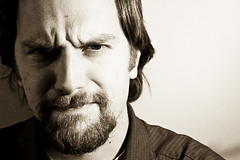 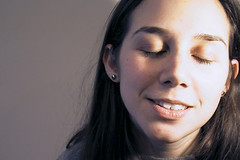 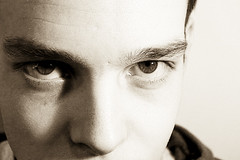 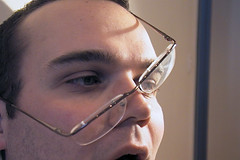 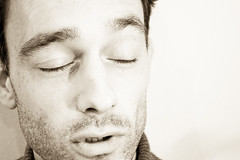 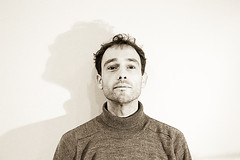 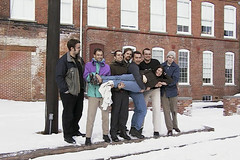 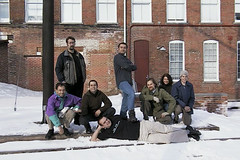 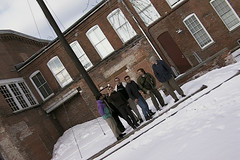 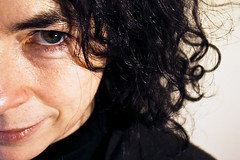 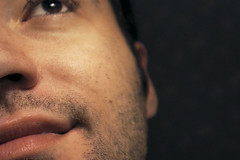 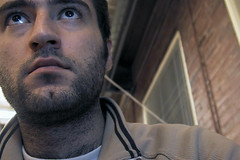 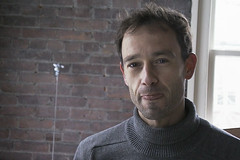 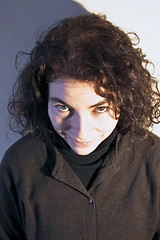 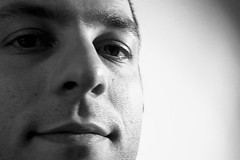 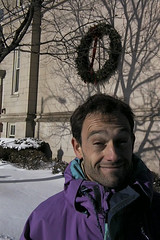 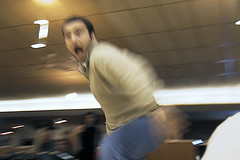 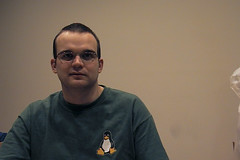 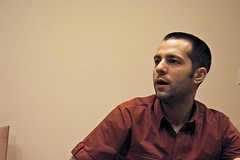 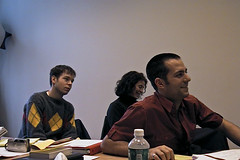 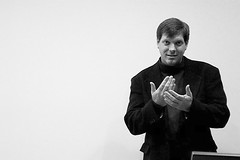 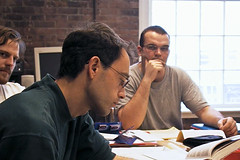 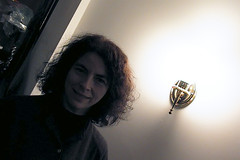 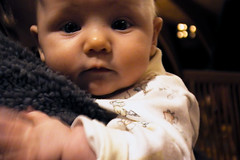 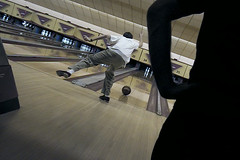 The group, that slowly grew to eight people on Sunday evening in North Adams, wasn’t your average, run of the mill, collection of people. At home, I find it reasonably difficult to find like-minded people from your own neighborhood. The whole reason why sport clubs, discussion groups and dating services exist; to find persons that share some interests you have too. This made it highly interesting to see that the people in this group not just had one or maybe two things in common, in fact, they had a whole slew of similarities, liking the same music, movies and sense of humor, having traveled much and, of course, coming from the same professional background.

Originally, out of the hundreds of applications for the second group of geeks going to Ghana, 12 were asked to join. Unfortunately, four had to cancel or decline the offer. Mainly because the time between the invitation and having to be in North Adams for training was too short; a mere two months. Imagine having to go to your boss and saying you will be away for three and a half months, in two months time. No wonder that no-one in the current group has the obligation to return to their previous job after coming back from Ghana. They either quit their job, or are are working independently as freelancers.

Out of the eight people remaining, only one is a woman. Three out of the four cancellations were from women, making it more difficult for Jean McDonald, the only remaining woman, to live with seven highly active and irritating geeks. Besides being the only lady, she is also the oldest, at 40, making the age difference between her and the youngest, Jean-Luc Martel a whopping 16 years. No bad words about Jean, though. If only for the fact that she brought a laptop with built in DVD player, which we used to watch The Matrix on Friday. To give an idea on what kind of group we were, the whole group of us eight and two more people from Geekcorps, had seen the movie, before we pressed play, a total of about 100 times. And of course, everyone’s a Trekkie.

Another interesting observation is that all individuals in the group are very well traveled. Tim, by far, beats any of the other geeks by having lived on four continents and now living with his wife in both Amsterdam and New York. Tim has a very hard time not talking about his wife, Claudia. Even more so when talking to other girls, which is very intriguing, since I have heard a number of times that when a man talks to a woman about his wife or girlfriend, it means that he is sexually interested in the woman he is talking to. Not, however, that there are so many interesting women in Ghana, as we found out later. Sure, they most definitely have wonderful behinds, but that is all there seems to be.

Related:  Trip in the area

The group has been put together very carefully by Geekcorps. The first group, G1, were technically and professionally very much the cream of the crop. However, when they were confronted with the cultural differences in the work ethic in Ghana, it turned out they could not, or with much difficulty, manage the strain they were enduring. And not just professionally, there are many differences in the way the western world and the African world do business, but in people’s private life, many differences exist to. For example having to go without water or electricity for a period ranging from a couple of hours to a couple of days is no exception, even in a city as cosmopolitan as Accra.

When I was asked to join G2, I was a little bit anxious that maybe I wouldn’t be able to match up to the professional qualities of the group, giving the merits of the people in the first group. Luckily enough, I guess, the professional qualities of the people in the second group are not as high as from the people of the first group. Clearly, however, the second group is a much more socially adapt and communicative group. And since one of the learnings from the first trip were that even halving your business expectations means expecting too much, the first group clearly was over qualified to work on the envisioned skills transfer.

The first week of the training had only one theme: getting across that the culture we were going to be emerged in for the following three months was going to be radically different from what we knew at home. Still, something that also became clear during that first week, was that there are already substantial, although subtle, differences between American and western European culture, the American culture being an individualistic, sports-ridden consumption society where everything in society is happening on the background on the racial tensions of the past (and therefore present). It seems that a joke made early in the week holds more truth than initially thought: The Europeans in the group have to go through two culture shocks in this whole process; first by going to the States for two weeks, then by going to Ghana.

The guy who would be experiencing the least of shock happened to be European, though. Francois Legier, a Frenchman living in Louisiana previously has worked for a French version of the Peacecorps, spending two years in Benin, another country in west Africa and close to Ghana. Now, however, he has already lived in the States for close to five years. This guy understands European, American and African culture. Further, there Jason and Peter, two American programmers, Jean-Luc a French speaking Canadian and Tomas, the Dane.

It is interesting to see that no true leader is coming forth from the group. At some point, after trying to build the website that would highlight our experiences in Ghana, Geekhalla.org, Jean-Luc made the remark that, where we are coming from, we are all leaders, yet that we make a mess out of it here. Only later did I realize that professionally we probably are leaders where we come from. Socially, however, it is a different matter, where we are much more artists than leaders. And artists do not lead nor follow but, at most, move to the background to avoid conflict, meaning that this group of geeks would have a difficult time to be able to work as a team if we were forced to do so.

In practice, this gave some problems when we were building Geekhalla.org, the site highlighting our experiences and the first group’s experience in Ghana. Although several people were willing to take the lead in building the site, no-one wanted to truly except anyone as the ‘man in charge’, resulting, for a large part of the first day in the group talking a lot and doing little. Still, the end result wasn’t all that bad, building a fully functional site in two days and smoothing the edges in the three subsequent days.

The two moderators during training were Ana Maria and Stophe. Ana Maria is the training manager for Geekcorps in North Adams and set up most of the two weeks of training. Stophe is the country director in Ghana for Geekcorps, being the one we have to go to if anything happens while we are there. Stophe, married to Shawn, earlier worked for Peacecorps and spent two years in Kazakhstan and one year in the Central African Republic. Interestingly, at least by American standards, Stophe is a very open, relaxed and laid back character.

The two founders of Geekcorps, Ethan and Elisa mainly remained on the background. Ethan very much focusing on PR and marketing. Elisa specializes in ‘social development’ and decides which countries are interesting for Geekcorps to support and what the actual possibilities are. As far as Ethan’s qualities are concerned, during our training PBS, American state television, stopped by and followed us for two whole days, we were interviewed by several newspapers and, when eventually in Ghana, CNN stopped by to check out some of our workplaces!

To celebrate our arrival in North Adams, Ethan had cooked a Ghanaian dinner on Monday. All volunteers and employees enjoyed quite a feast in Ethan’s gigantic house with wonderful view, on top of some hill a couple of miles outside of North Adams. Getting there, it snowed so hard that we had to leave the car at the bottom of the hill and walk our way up. Ethan, being one of the founders of Tripod, bought by Lycos in 1998 for a whopping $60mln, despite his millionaire status definitely hasn’t forgotten how to make a good dinner.

Related:  More of the same

Men behind the scene