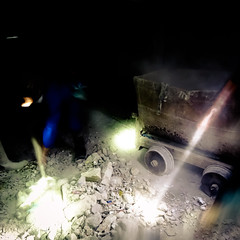 Inside the Cerro Rico 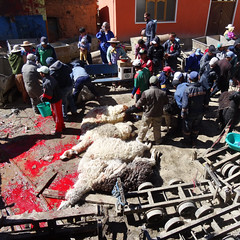 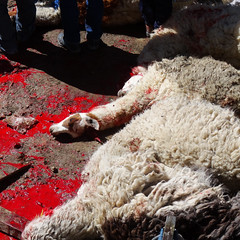 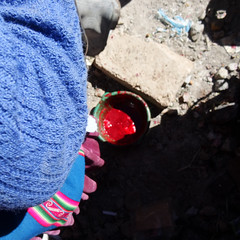 A bowl of blood 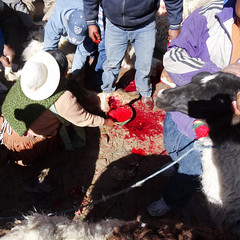 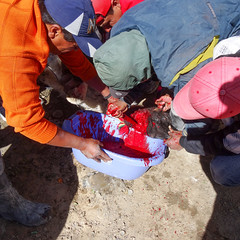 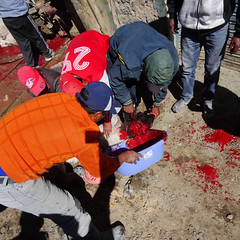 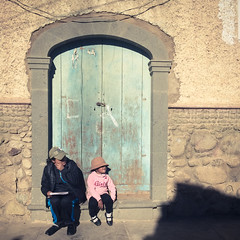 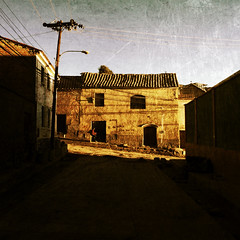 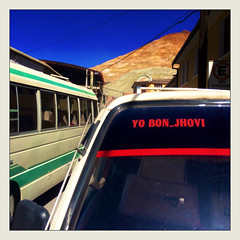 High up in the mountains, the actual peak that has catered for the city's wealth overpowers the city. Luckily, it's on the south side of town, not casting an eternal shadow.
The city was founded as early as 1545, when silver was first found in the Cerro Rico, the rich hill, and for a while, it made Potosi the richest city of the Americas. Silver is still mined here, and the conditions are abysmal, but the city has lost its former supreme glory, though walking around downtown feels like walking around in some lost part of the Mediterranean.

While Uyuni is, if a village, an outpost, Potosi is a proper town. Ornate Catholic churches, proper museums, a host of hotels, not just catering to tourists, and an extensive, if grubby and chaotic, infrastructure.
Still, the city only has a measly 150000 inhabitants (compared to Uyuni's 20000).

Tourists mostly seem to skip Potosi, though they also seem to cluster together in what can be called a backpackers' alley in the southeast part of town. But, undeservedly so. The town is cute, the people are friendly, and the sights are worth visiting.

Smoking inside pubs and restaurants is still allowed. How many countries still condone this?

The thing to experience in Potosi is the silver mine. Several outfits run half day trips inside the mine. Touted as 'the real thing', they are, in the sense that you enter a real, working mine, passing by some of the 16000 miners still working inside or on the mountain, doing their backbreaking work, day in, day out.
Conditions are pretty bad.
The miners earn between 10 and 20 euros per day. Not a gravy train, and many miners don't make it past 50, though also a far cry from day laborers in less developed countries. Still, I was inside the mine for a good two hours, walking and crawling through tunnels and low passage ways. It was more than enough for me.

Related:  The spirit of Afghanistan

Equally interesting was that not only was the day of my visit Aymara new year, a somewhat controversial indigenous celebration of the winter solstice, it was one of the very few days on which Pachamama, comparable to the concept of Mother Earth, was honored through the slaughtering of many, many llamas. At the mine entrances, llamas were fed coca leaves, spirits, sodas and beers, before their throats were slit open, their blood collected and then sprayed in the mine entrance or on nearby buildings.

The national spirit is a 96 proof hard liquor which, when being offered to the gods, is poured on the ground before being consumed, in exactly the same way as central Asian customes dictate.
Inside the mine, several displays of gods, deities or idols were on display. The most interesting one represented uncle George, a bastardization of the devil. In colonial times, miners, according to our guide, would stay underground for up to six months, just like the devil lives underground. With red skin and big horns, George also was wearing gummy boots and sported a huge penis.

There's a noticeable Taiwanese community in Potosi. And, seemingly, a huge surplus of lawyers and pharmacies.

In the reasonably nice Museu de la Moneda, the first mint in the Americas, the guide posited the dubious claim that the US dollar symbol derived from the marker used to designate money coming from the mint in Potosi, a superimposed S and I. I thought it was reasonably well established that the sign for the dollar derived from the superimposing of the U and S, though it turns out there is some controversy around this. Nevertheless, it seems the most widely accepted explanation is not the superimposing of the U and S, but of a P and S, the shorthand for 'peso'.

Related:  Giants in Belgium
This text is available under a cc-nc-a license.