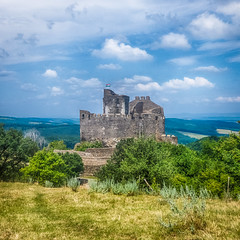 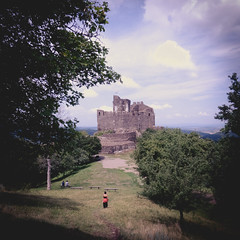 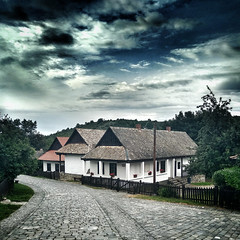 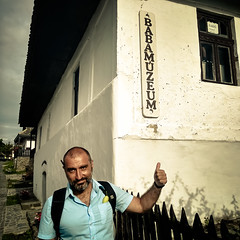 Every town should have a baba museum 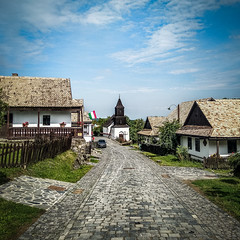 The bustle of downtown 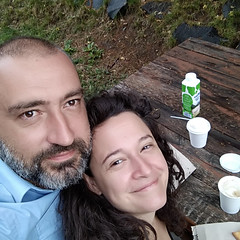 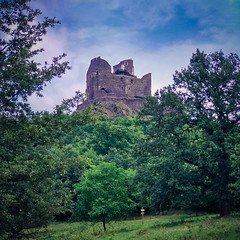 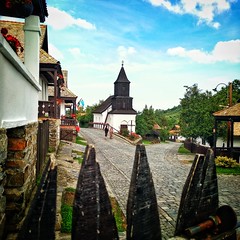 For our longer visit to Hungary, I also wanted to take the opportunity to visit a place, outside of Budapest, I had not yet been to. We decided to visit the small town of Hollókő.

A tiny village just under 100km from Budapest, construction of Hollókő, ‘Ravenstone’, castle, began in the aftermath of the Mongol invasion in the middle of the 13th century, in the hope of allowing for more protection against future attacks.
This worked for a while, but the Ottomen captured the castle in the middle of the 16th century, control subsequently flipping several times between Turk and Hungarian forces. Until the end of the Ottoman era, in 1683, when the castle and old village, built just below the city walls, were abandoned, and the current village grew up, within site of the castle itself.

Now inscribed as a World Heritage Site, it’s famous as a living example of rural life, before the agricultural revolution of the 20th century. Mostly, it’s just a cute, quiet, 300 year old village.

We only stayed for one night, and left on the day that, probably, the town’s largest yearly festival was about to happen. We asked a local couple what was going down. “Oh, this is not for tourists!”
Turns out that, once a year, Hollókő throws a party for people from Hollókő from all over the world, who have left, but still carry the town in their hearts. A street disco was scheduled, as well as a cooking competition.

We waited for as long as we could, but, by the end of the afternoon, the town still felt pretty much as sleepy as it did when we had arrived the previous day.

Related:  Sarakhs and Kalat: lesser wonders of Iran
This text is available under a cc-nc-a license.