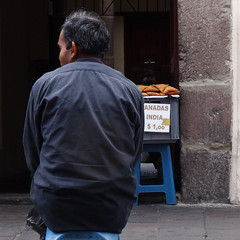 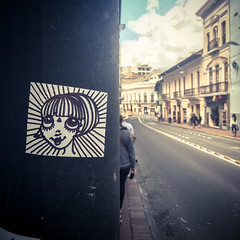 A happy girl on the side 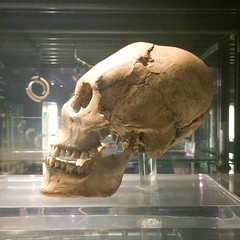 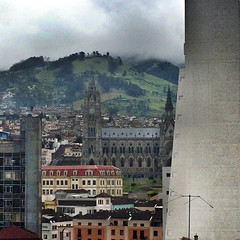 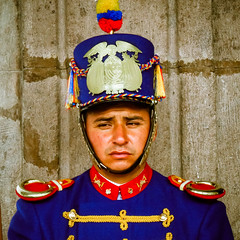 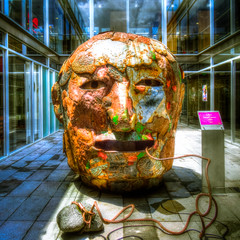 A piece of art 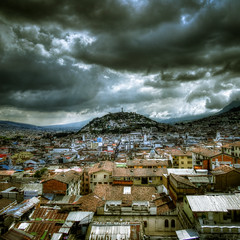 The centre of Quito 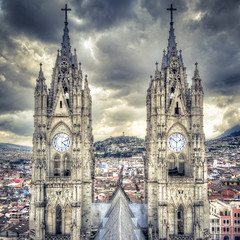 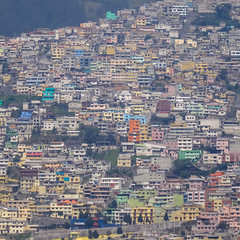 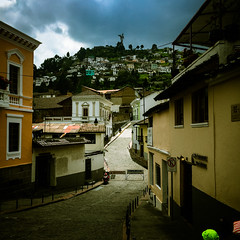 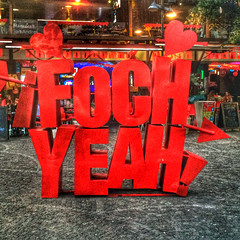 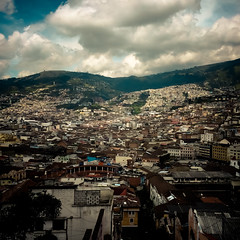 Quito was, in 1978, the first city to be named a world heritage site, together with Kraków, in Poland. Downtown Quito is pleasant, but not too unique to be the first to receive world heritage status. What is surprising, is that perhaps because the city is the highest capital in the world (Sucre is the constitutional capital of Bolivia, not La Paz), the city's inhabitants compensate for being so high up by not building above a few measly stories. That, combined with the city being a valley, easily allowing you to see the city for miles, intensifies the impression of a never ending uniform urban sprawl.
Overal, Quito was not as impressive as I expected. The name 'Quito', similar to 'Timbuktu' or 'Zanzibar', conjures up a certain exotic mysticism. In reality, the city is a somewhat sleepy sprawling city; pleasant, but not outstanding.

In colonial history, Quito was the first city in South America that saw a clash between colonial and independence fighters, looking to free themselves from colonial Spanish rule.

Close to the tourist ghetto, somewhat south of the old town, there's one block which seems to be ruled by Pakistanis. A Pakistani restaurant advertises authentic Pakistani cuisine, going on to explain that this includes hamburger, hot dog and salchipappas, a very South American combination of potato chips and sausage.
Here, across the road, the India bar served snacks and drinks, promoted by the image of a south Asian woman in a sari. Several of the bars on this block are run by Pakistanis, supplying an eager clientele with shisha and relatively, for the area, cheap beer.

Related:  Oman: the bridge between Asia and Africa
This text is available under a cc-nc-a license.