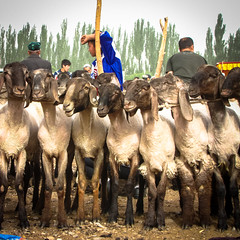 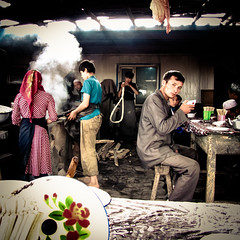 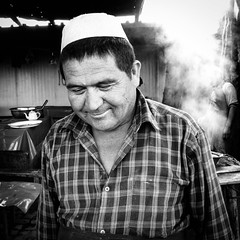 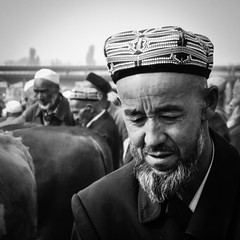 That goat was a good buy 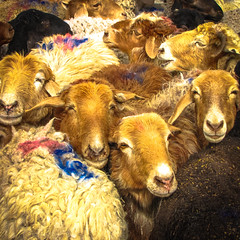 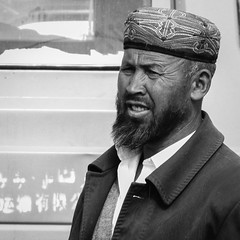 I should buy a goat 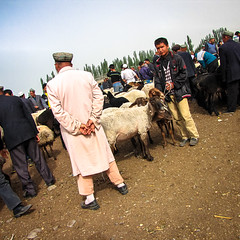 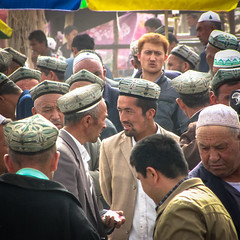 Coming to an agreement 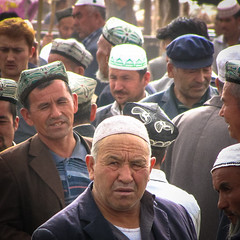 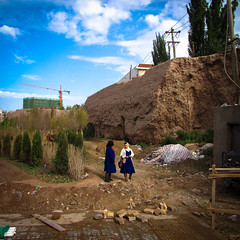 What's left of the city walls 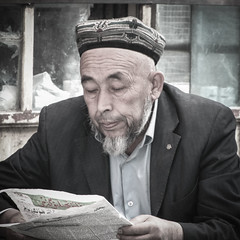 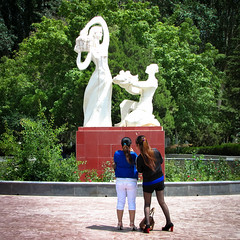 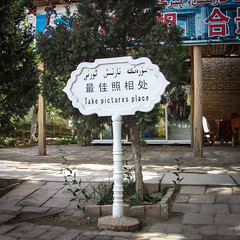 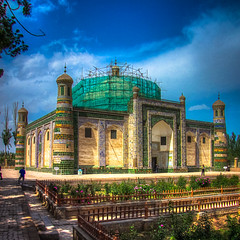 Not the Taj Mahal 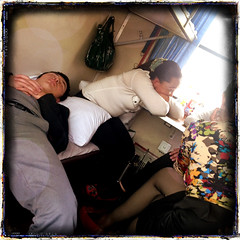 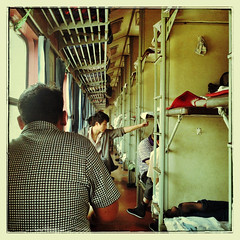 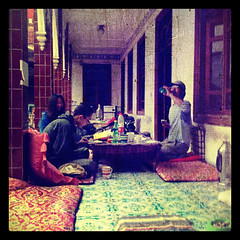 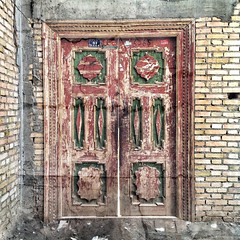 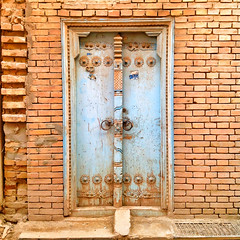 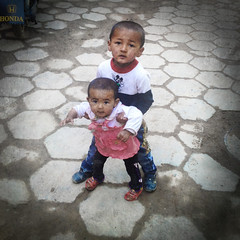 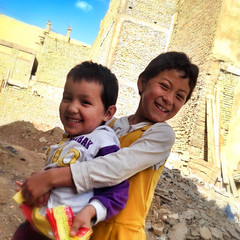 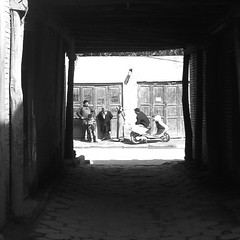 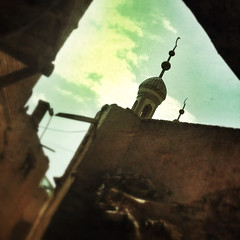 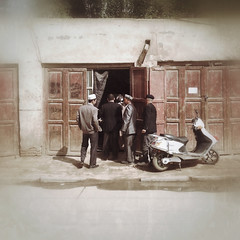 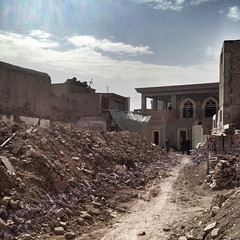 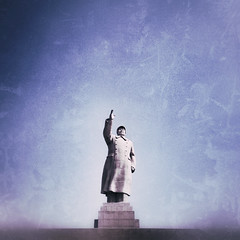 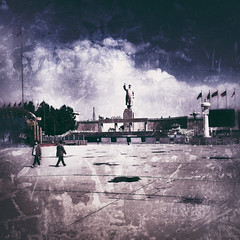 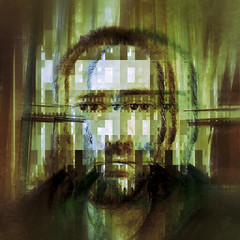 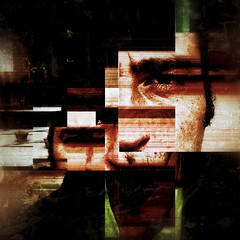 In many ways, Kashgar is a sad facsimile of its former self, superimposed with what according to China is defined as 'development'. The old town has virtually completely been torn down, only to be replaced with modern renditions of the exact same buildings. Outside the old town, it's the same Chinese constructions, apartment buildings, shops and malls, that you see anywhere else in the country.
It appears that the only things authentic in the old town are the carved, ornate, wooden doors, transplanted from old dwelling to new dwelling. With their colors and spikes, they could just as easily have been transported from Muscat, Zanzibar or even parts of south east Europe.

For its location, Kashgar is as much Central Asia as you can get, if not the only place able to make that claim, the whirlwind of countries around Kokand, in Uzbekistan, being just one other example.
Kashgar is almost as far west as you can go in China. Further west than New Delhi, it's about 500km to Kazakhstan, about 100km to Kyrgyzstan, 250km to Tajikistan, less than 450km to both Afghanistan and Pakistan and, almost due south, about 600km to India.
The region around Kashgar, roughly the bit of China Afghanistan's Wakhan Corridor points it finger to, was by some thought to be the most likely hiding place, the empty corridor being the escape route, of Osama Bin Laden.
Still, though the Han Chinese are on the rise, the majority of the population still seems to be Turkic. But, with all the newfangled constructions all over town, the street sellers and shipowners have a bit of a displaced feel to them.

But, admittedly, Kashgar grew on me. Life is laid back and the Uighurs appear more carefree, able to live their lives undisturbed enough from the influence of the coastal Chinese.

Walking to my hostel one night, I realized that the muezzin's call to prayer from the nearby mosque was the imam standing on the roof of his one story affair, cupping his hands around his mouth. Very much small town charm.

Ethnic tensions have clearly not yet ebbed away, however. China already the archetypical Big Brother society, with surveillance cameras everywhere, your ticket and passport are typically checked four or five times before you can board your train. At train stations, luggage is scanned like in airports the world over, but it was in Urumqi where I wasn't allowed to take either shaving cream or bug spray, for being inflammable.
"You can check them in." The friendly, somewhat cute, but resolute, security girl said. "Where are you going?" She continued.
"Kashgar; Kashi." Me using both Turkic and Chinese names for the city.
"Oh! I'm sorry. Then I can not help you." Pulling a bit of a sad pouty face.

The journey from Urumqi to Kashgar opens up some impressive scenery; rugged snow capped mountains alternated with dry lower ridges and vast steppes. But, closer to Kashgar, after crossing the Heavenly Mountains, with the Taklamaklan desert to the south, the scenery also becomes incredibly boring. Vast empty wastelands covered in grey dust.

One of the many idiosyncrasies of China is the whole country sticking to one time zone, Beijing time. With Kashgar being closer to Cairo and Istanbul than to Beijing and more to the west than Delhi, where it's 2.5 hours earlier, sunrise and sunset happen at warped times.

Also odd, almost every third shop in downtown Kashgar is a dentist. I asked my receptionist why. "These people", she was Han, coastal, Chinese (or, more accurately, simply some 90% of the people in China), "they don't eat any vegetables".
Quite possible, though here, as elsewhere in China, fruit is a very easy street food to find. But, what's more, though bad teeth are very common with the (Han?) Chinese, the teeth of the Uighur population in Kasghar seemed in much better shape.
Perhaps, simply, Turks value their dentures more.

I was running a fever in Kashgar and skipped one planned destination close to town. Shipton's Arch, first reported in the 1940s but only rediscovered by a team from National Geographic in 2000, is a natural rock arch some 400 meters above ground level in a nearby mountain range.
A few years ago, the journey there took an hour on tarred roads, then an hour off road, followed by a thirty minute climb.
Now, leave it to the Chinese, there is no tourist bus there, yet, but getting there is as simple as chartering a taxi, driving up to the entrance gate and paying the entrance fee.