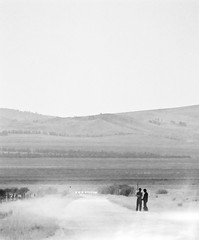 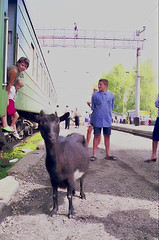 Goat on the train? 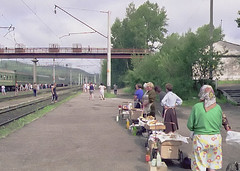 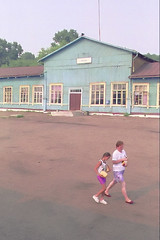 At one of the stations that the train stopped at, the platform was nothing more than the room between two neighboring tracks. Just like on all other train stops, people where selling all sorts of food just to make a little bit of money.

Here, a little kid, 9, maybe 10 years old, dressed in rags, was begging for some change. Nobody gave anything to the child, and everyone just shook their heads when he came by. That is, until the child held out his hand in front of another kid his age, who was traveling on the same train as I was. That child looked at the beggar-child, thought for a couple of seconds and dug up a five ruble piece from one of his pockets to hand it over to the less-lucky child. Touching.

Related:  We’re off to see…
This text is available under a cc-nc-a license.