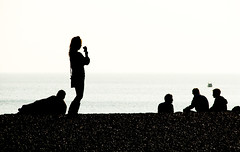 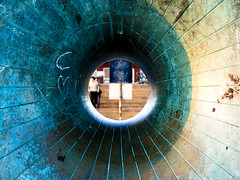 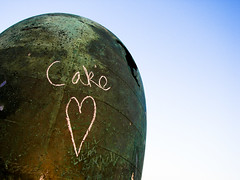 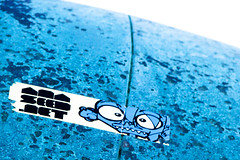 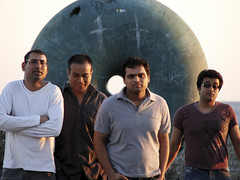 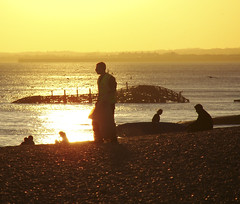 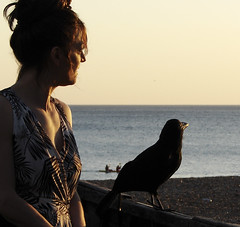 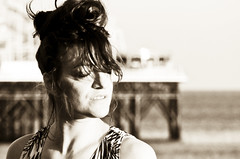 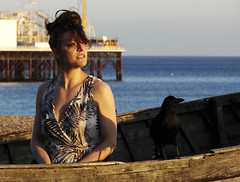 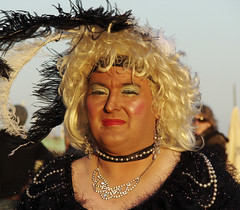 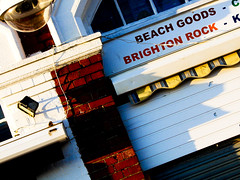 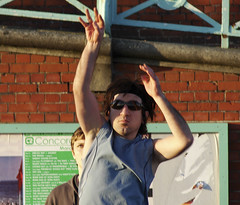 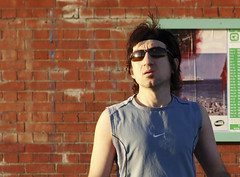 A cheap version of Bono 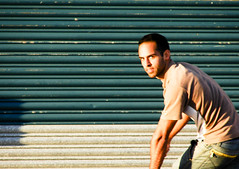 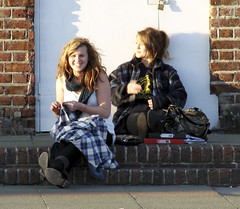 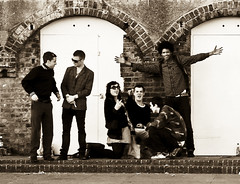 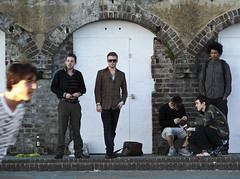 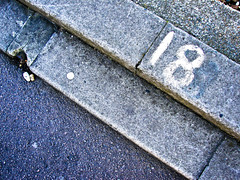 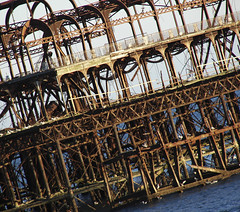 Keep off the groynes 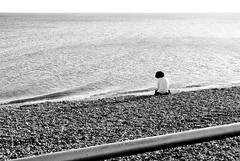 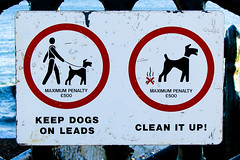 Managed to get through the week quite well, though with too little sleep and comparatively little partying. For the amount of sleep anyway. Brighton's rather fresh, though when the sun's shining, it's also very enjoyable. In the sun, hordes of Brightonians lounge on the pebble beach at the end of each day.

On Saturday, Felicia and I visited the Brighton Museum and art gallery. An interesting exhibit compared classical paintings in pairs, where visitors were expected to write their views of the paintings on postcards, to leave them with the paintings at the exhibit.
Brighton, besides being considered the gay capital of the UK, is also a prominent destination for hen and stag parties. We saw quite a few on Saturday, including a cluster of Oompa Loompas. Also, I've run into some five or six film shoots.
And what's the deal with all the Iranians?

Instead of a hotel, we were staying in an apartment. Not only is this significantly cheaper, we also had loads of room. Two large bedrooms, a sizable living and a roomy kitchen. And free hi speed internet (at some point, I was clocking in nearly 1MB per second using bittorrent).
However, on my last night, I had to move to a hotel. I didn't want to go for the cheapest option available (25 Pounds per night), wanting some comfort. I ended up at the Old Ship Hotel, close to the pier, at 40 Pounds per night.
There's nothing really wrong with the place, but the rooms are small and internet is expensive, at an additional 15 Pounds per 24 hours.

Also what I don't get is where these places still get the nerve from to charge horrific amounts for phone calls. A note on my desk told me that a 5 minute call to Australia would cost me 32 Pounds. Using Skype, this would be probably less than 50 cents. A 5 minute phonecall to a UK cellphone is less: 15 Pounds. Only.