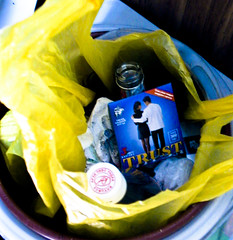 That trust has been used 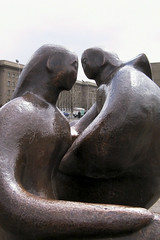 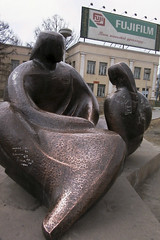 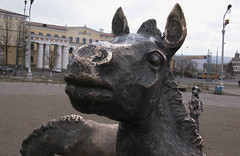 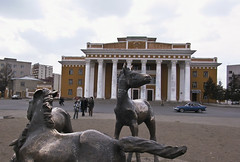 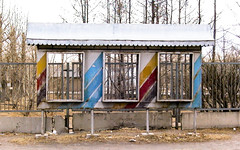 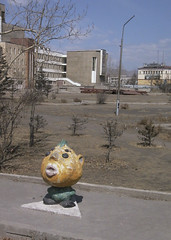 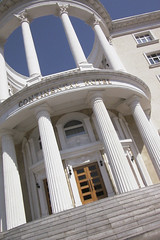 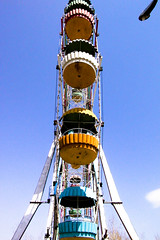 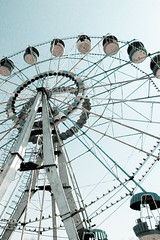 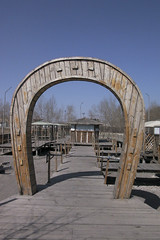 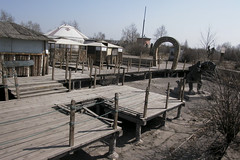 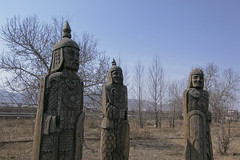 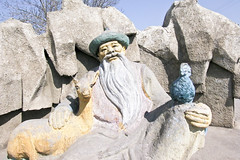 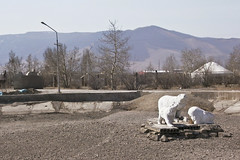 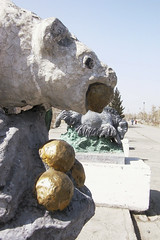 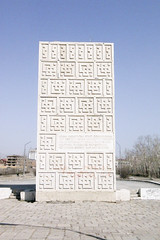 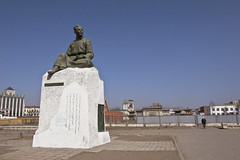 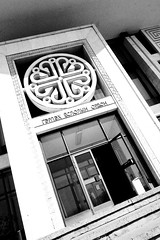 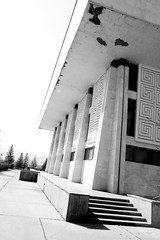 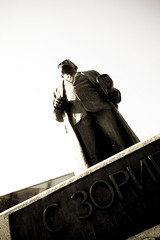 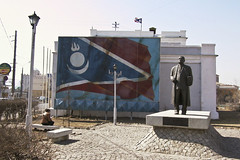 Not the Mongol flag

Last Tuesday, I finally got my passport back, fully registered and all. Yes, I entered the country on April 7th, over two weeks before. The whole process has been wildly expensive (totaling some 130 euros) and they fucked up: My working visa, which I had to get here in Mongolia, was put on the page in my passport reserved for my kids. Not that I have any or plan to get any, but still. It probably, technically, renders the visa invalid.

The week wasn't all that spectacular. I Finally got down to some real training, although it was sketchy. DotMaker is still in the process of moving, where the future office is still being occupied by some other company and those people don't seem very willing to move. I've been put aside in the office of a friend of my counterpart where, it seems, five to ten people work, on and off. The one PC I was able to claim, I had to clean completely and reinstall everything I needed, to be able to do some training.
On Wednesday, one guy showed up for training, although there were supposed to be two. Quickly, I realized that Byamba's English language skills left to be desired. However, we seemed to manage. On Friday, however, I got very annoyed. It seemed he had been fooling me quite a bit, his English language skills sucked. Sure, he could have simple conversations on where he was from, what his age, etc, but technical questions were out of his league. In itself not a problem, since we have a budget for occasionally hiring translators, but what set me off is that he didn't even admit to not understanding me.
I cut the training short and will be getting a translator for our Monday session.

The web awards ceremony has been postponed due to SARS. On April 13th, after the first five probable cases of SARS were recorded, a two week ban on public meetings and closure of all public places after 10pm was ordered. So not only do we now have to drink at home and have many of the markets closed down, all conferences were canceled too. The funny thing about the web awards: I walked over to the offices of the organizing body of Friday and it turned out that the websites I reviewed weren't the ones that actually were in the running for the awards. I'm now being sent the actual list of candidates. Don't you just love their organizational skills?

I'm happy the two week ban on public events, as imposed by the national government in relation to the SARS epidemic, is coming to an end. Not only do bars and restaurants close their doors at 10, ballet, opera, public showings and several markets have closed their doors. On Saturday, I was hoping to visit the puppet theater in the afternoon and a local music show in the evening. Not.

Today, a friend of Henry is coming over, possibly for a month. A British 'girl' he met in South East Asia. After last Wednesday, and Claudia hooking up with another geek, I wonder what am I going to do for the next 30 nights before my girlfriend shows up!?

Meanwhile, it is apparant the hunting, I mean tourist, season has opened. Walking around a much quieter Ulaan Baatar this Saturday, I was stopped a number of times. One guy tried to sell me postcards, a second had a message written on paper saying that his house had burned down and his wife had left him, a third tried to sell me a number of antiques he retrieved from all his pockets, a fourth was hoping to sell me some girls and two children followed me around the natural history museum where the most prominent exhibit is a 15m dinosaur skeleton.
So I was wary of the girl approaching me in the quite nice Monastery-Museum of Choijin Lama who was willing to give me an English tour of the grounds. However, she was very friendly and a tad insecure and didn't even ask for money after her tour had ended. By far the loveliest temple on the grounds was the gongkhang with the statue of yab-yum, mystical sexual union. Yab-yum? Yam!

I also went in search for a fitness room on Saturday, but wasn't successful. That is, the continental hotel has a small room with five machines, charging 3$ per hour and the fully secluded and highly secured Star apartments has a reasonably equipped fitness room where they charge 90$ per month, 'but we give 20% discount, yes?'
Star apartments is a collection of 22 apartments, solely occupied by people working at the American Embassy. I had a hard time to get through the slide-open gates and was screened before I could get in. Then, I was escorted all the way to the fitness room. Sure, this was really a place I would feel happy putting my 90$ per month in. As if these people needed it.

In the Nairamdal park, people were working on the numerous fairground attractions opening up shortly. The park itself looks rather dreary, but I suppose that, as soon as the raining season sets in, the park will be a true sea of green.